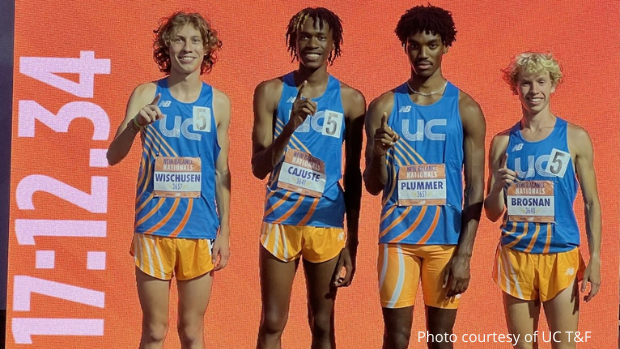 The Union Catholic boys equaled the oldest state record when they won the 4xmile in 17:12.34, tying the NJ record that was set by Essex Catholic in 1966.

Wischusen, who anchored the 4xmile for UC, also broke the state sophomore record in the two-mile when he finished fourth in 8:56.41, the top time by a NJ runner this season. And Wischusen was ninth in the mile in 4:09.90, the second fastest time by a sophomore in NJ history.