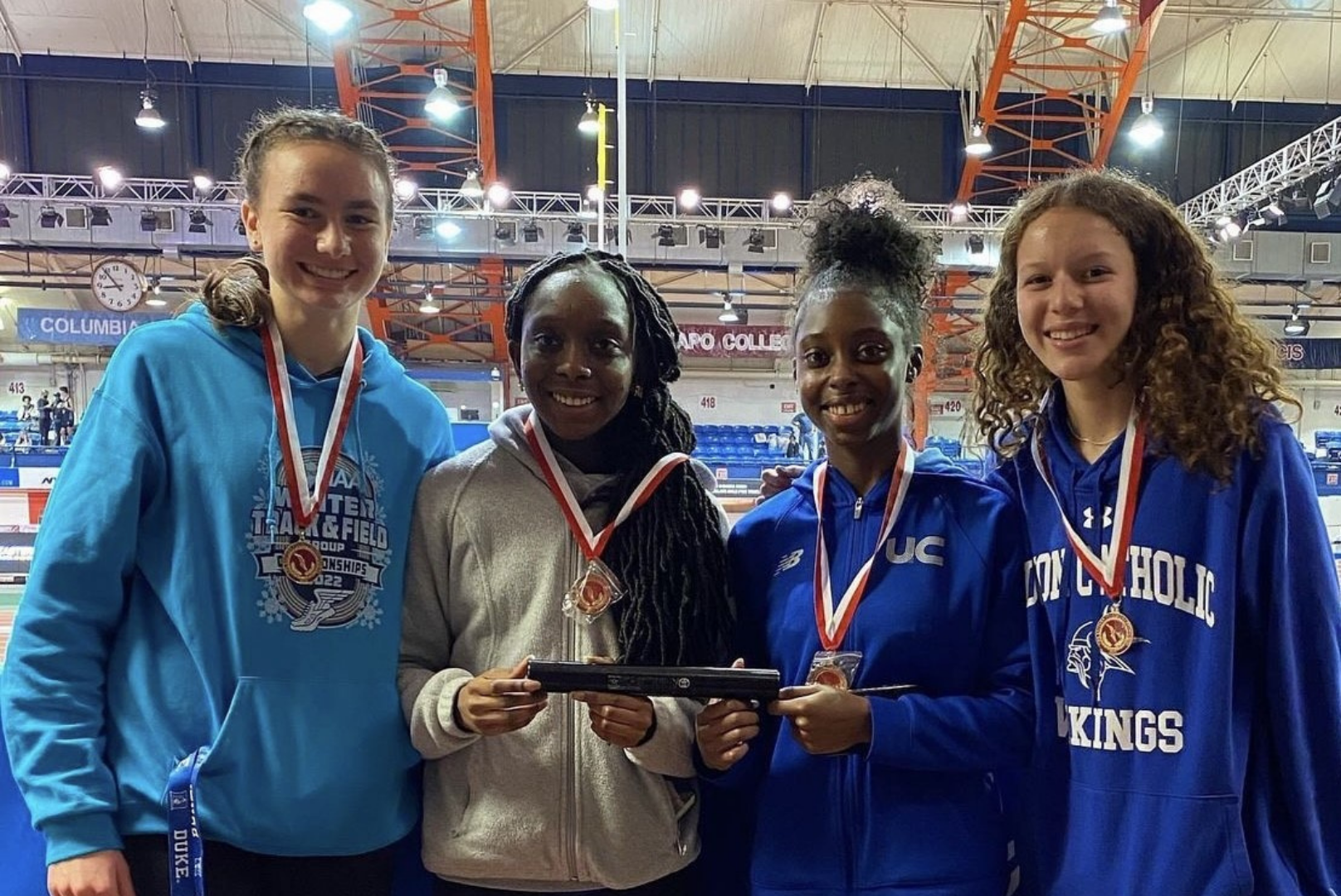 The girls distance medley relay was hyped up as the race of the night heading into Tuesday’s 87th Eastern States Championships in the New York Armory’s New Balance Track and Field Center.

And boy was it ever!!

Union Catholic and Colts Neck hooked up in a red hot battle as the two powerhouses pushed each other to two of the fastest times in state history.

Union Catholic won the race by stopping the clock at 11:45.70, the third fastest time in NJ indoor history. Colts Neck was second in 11:49.73, No. 4 in state indoor history.
UC and Colts Neck are now No. 2 and No. 3 in the U.S. this season behind the 11:21.95 run by the Purple Track Club (Ann Arbor Pioneer High School) in Michigan. That’s the fastest time in U.S. high school history, but since it was run on a 300m flat track, it’s not the eligible for national record consideration. Indoor records must be achieved on 200m tracks.

On the boys side, Noah Cooper extended his own state freshman record in the long jump with a second-place leap of 21-8. Freshman Evan Weber placed fourth in the two-mile run in a personal best 9:55.64, and the 4×800 team finished ninth in 8:16.53.