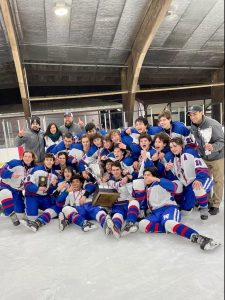 Junior forward Matteo Mancheno finished with a goal and two assists to highlight a robust performance in sending top-seeded Westfield to a 5-2 victory over third-seeded Gov. Livingston in the Union County Tournament championship at Warinanco Rink in Roselle.

It was the third UCT title for Westfield (12-3) in its fifth-straight trip to the final, and first since 2018 after a pair of final defeats against Summit in 2019 and 2020 (there was no tournament held last year due to the pandemic).