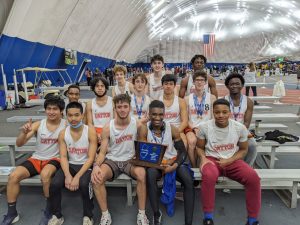 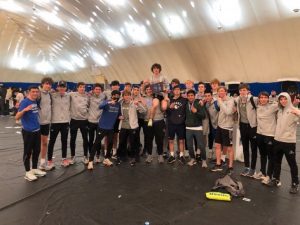 The Dayton and Westfield boys track and field teams each made history by winning sectional indoor championships for the first time ever this past weekend at the Bennett Center in Toms River.

Meanwhile in North Jersey, Section 2, Westfield continued one of its greatest seasons ever by rolling to its first sectional title, 76-52 over runner-up Ridge.

The biggest highlight for Westfield came from senior Charles Stock.

Westfield also picked up a third from Owen Paul in the shot put, and a 2-3 from Justin Colby and Charles Garrettson in the 400, a fourth from Leo Schwartz in the high jump, a fourth from Ben Spergel in the hurdles, a sixth from Jonathan Scalia in the 800.