DJ Alicea – Jonathan Dayton High School: DJ is a 1,000 point scorer. He holds the schools boys all – time leading points record. He has scored in double figures in 59 consecutive games and is averaging 23 points per game. He leads team in scoring, rebounding, assists and steals.Michelle Bellino – Jonathan Dayton High School: Michelle is averaging nine points and nine rebounds per game.

Elijah Brown – Union Catholic: After a huge junior year that was highlighted by winning a Meet of Champions title and running several fast times, there were huge expectations for Elijah Brown this season. And the senior at Union Catholic has more than lived up to the hype by delivering several eye-popping performances to help the Vikings maintain its status as one of the top teams in the state. At the Union County Relays on Jan. 5 at the Jersey City Armory, Brown ran on three winning relays to lead the Vikings to its second straight title and eighth title in the past 10 years. Brown, who won 800 at the NJSIAA Meet of Champions last winter, split 50.8 on the 4×400, 2:01.5 in the 4×800, and 1:59.7 in the distance medley relay. At the Stanner Games on Jan. 11 at the N.Y. Armory, Brown, who has been chosen as Union Catholic’s Male Union County Conference Athlete of the Week, won the 600 in 1:21.11, the No. 2  time run in N.J. and No. 5 in the nation this season. Then at the State Non-Public A Relays on Jan. 20 at the Bennett Center in Toms River, Brown blasted a 1:55.4 800 leg to come from way back to give UC the lead for good in the distance medley relay as UC finished first in 10:34.19, No. 4 in the state this season. In Brown’s latest meet, he won the 800 in 1:56.26, the third fastest time in the state this season, at the Bullis Invitational at the N.Y. Armory.

Madison Johnson – Union Catholic: Madison has been nothing short of spectacular for the Union Catholic girls basketball team this season, taking her game to another level to lead the Vikings to a 10-2 record. Johnson, averaging a team-high 16.1 points per game, continued her great play this past week. In a victory against Scotch Plains-Fanwood on Thursday, Johnson dropped 20 points against the Raiders in a 42-24 triumph. It was the fifth time this season that Johnson has rung up 20 or more points in a game. Johnson, a forward/guard, has been able to clean up on the boards as well. She tallied seven rebounds against Scotch Plains-Fanwood and is averaging 5.3 boards per game. Many of Johnson’s points and assists this season have come through transition play. With the impressive defense Union Catholic has been playing, Johnson has been able to grab a quick rebound and push momentum for the Vikings, allowing for a baseline assist or drive and score. Johnson, who has been named UC’s Female Union County Conference Athlete of the Week, spoke about her progression and how the team around her allows for a better on court experience. This past Saturday, Johnson scored 11 points, grabbed eight rebounds, and had three steals  in a 47-22 victory over Governor Livingston. 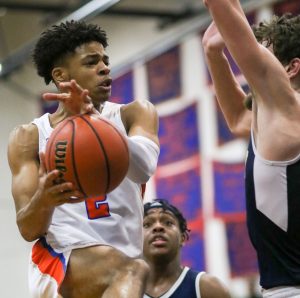 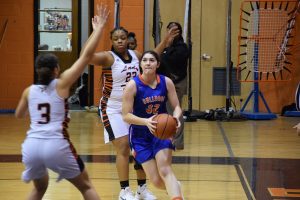 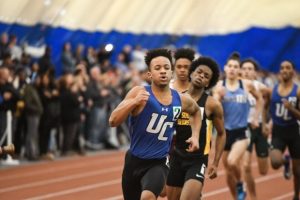 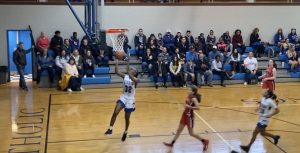 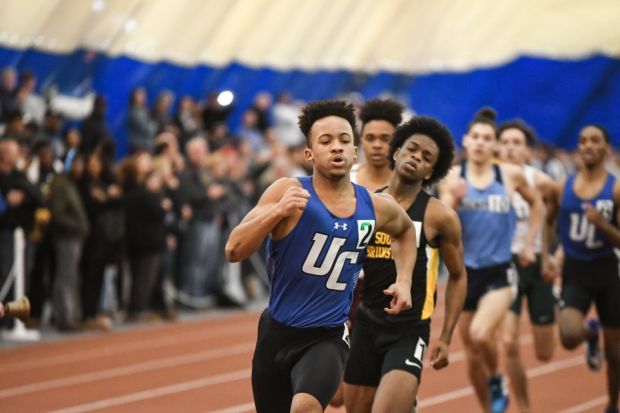