Matt Faller – Gov. Livingston: Matt drained a game tying three-pointer with three seconds left in regulation to send it to OT vs. ALJ. Gov. Livingston then outscored Johnson 10-0 in overtime to come away with a thrilling 53-43 win. Matt is averaging 17.3 point per game and collected 41 assists and 100 rebounds for the season to date.

Fiona Kerr – Gov. Livingston: Fiona led Gov. Livingston to a win over visiting Academy of St. Elizabeth Fiona had 17 points for the Lady Highlanders in the win. Fiona also chipped in a season high 22 points against UCC foe Kent Place on February 1st.  Fiona is the team captain and is currently averaging 9.1 points per game for the Highlanders.

Kaira Brown – Kent Place: Kaira has played a huge role this Winter Track Season. Her support to her teammates, leadership, and performances has impacted the team and program positively. Kaira has won the 400m at the Union County Championships, the 200m and 400m at the Girls and Boys Prep Championships, has qualified for the Championship 400m at the New Balance Nationals happening March 8-10th and has contributed to many wins and season best times for the 4×200, 4×400, and SMR relays. Kaira’s excellent performances and support of her teammates has motivated a couple of the girls to return back for the outdoor season, impacting the future of KPS’s track program. Kaira will continue her track career at Vanderbilt University.

Maggie Russell – Kent Place: Maggie scored 1000 points in just three seasons. She is averaging 22.5 points per game. She is ranked among the top scorers in the state. She has lead Kent Place basketball to three division titles over the passed three years and a prep state tournament win; a first in program history. Maggie has increased her production on both ends of the floor. She has been voted by Nj.com as one of the top seniors for 2019. 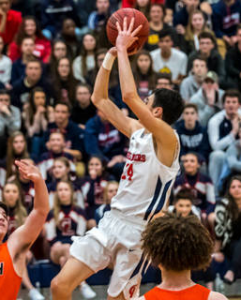 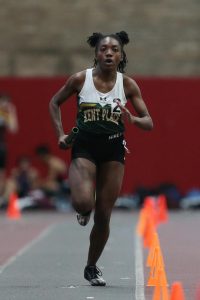 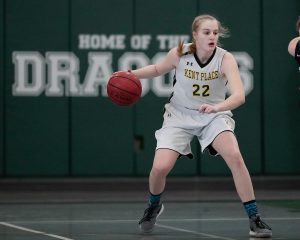 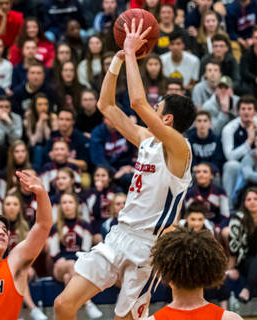