Fall 2019 First Athletes of the Week

Andrew Iacovano – Cranford: Andrew is the goalie on the varsity soccer team. The senior earned his first shutout of the season in a Cougar win against Rahway. In just two games, he has already had 20 saves.

Mary Johnsone – Cranford: Mary is a senior on the varsity volleyball team who, in the first week of the season, has earned over 50 assists helping lead the Cougars to a 3-0 start!

Ethan Proper – Governor Livingston: Ethan is a standout forward for the Highlanders Boys Soccer Team. He has started his junior season by scoring the game winning goal against a very tough Linden team. He had two goals and one assist to lead the Highlanders to a 4-3 victory on the road!

Allie Sciacchitano – Governor Livingston: Allie is the team captain of the Highlanders Girls Soccer Team. She creates havoc for all opponents with her work rate as a forward for the GLHS girls’ soccer team. She is off to a great start by scoring four goals and collecting one assist. The Highlanders are currently 2-0!

Youseff Ezzeldin – New Providence: Youseff was named as one of four captains this season and currently leads the Pioneers boys soccer team in goals scored. Anchoring the midfield, Youseff embodies the hard work ethic installed in the team. This matched with his strong technical skills ensures Youseff will have a huge rule to play this season. Youseff helped lead the Pioneers to a 5-4 victory this week over Arthur L. Johnson by scoring a hat-trick.
Clare Kelly – New Providence: Last year Clare was All-Mountain Division Union County in cross country and after a strong summer of training she is off to a great start in the 2019 season. Clare ran 20:35 at the Oak Ridge cross country course on 9/10/19, finishing second in the girls race. This was her first race of the season and went down officially as a 20 second personal record (PR). Throughout the early training portion of the season she has established herself as the team’s top runner and has done a great job leading the rest of the team. Clare is also a member of the NPHS national champion marching band. 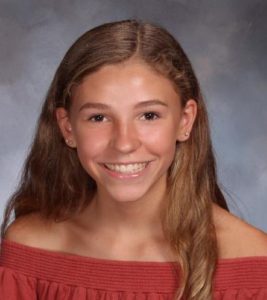 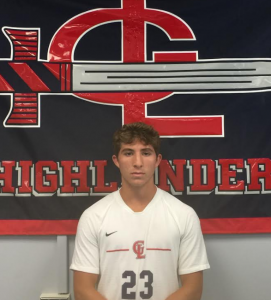 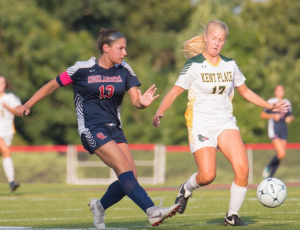 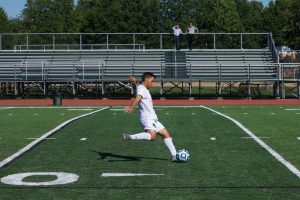 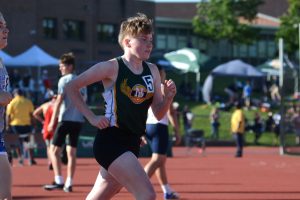 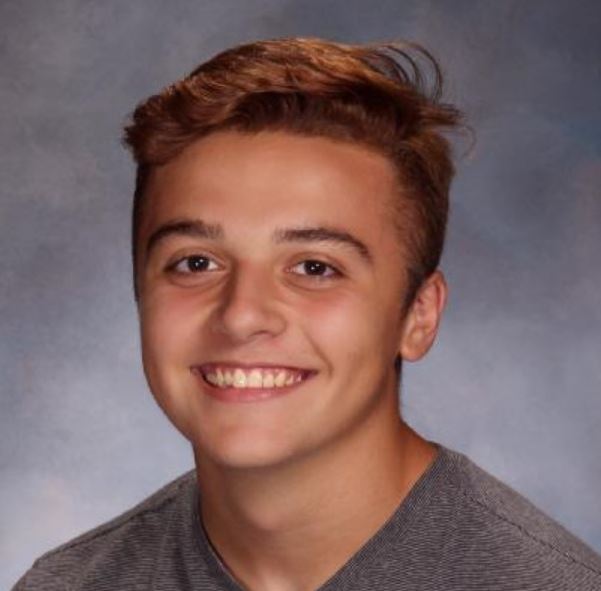